A CIA Spy on To Tell The Truth

It’s not every day you get invited to be part of a TV Game Show that’s been popular since the beginning of television!

When ABC called me, I only had one answer to give – YES! I remember watching ‘To Tell the Truth’ re-runs with my parents and grandparents between our favorite Nick-at-Night shows in the late 80’s. There was always something fun and challenging in the twist about trying to find the person telling the TRUTH instead of the LIE.

And when the show’s producer asked if I’d be willing to show the CIA spy lie-detection skills I teach on EverydaySpy.com, I was totally hooked!

I had to admit I was a little nervous trying to size-up the competitors and identify ‘tells’ when I had no control over the room. The show moved at its own speed, and I was only allowed to observe – not interact. When I was ushered into my little dark room and given nothing but a notepad and a nod, I wondered if I was about to embarrass myself on national television.

CIA operators live by the manta ‘always trust your training’ because it always works – in the field, in everyday life, and in TV Game Shows too!

Working with ABC was an absolute blast. They were professional, fun, friendly and made the transition from shadow to spotlight for this former CIA spy surprisingly simple. 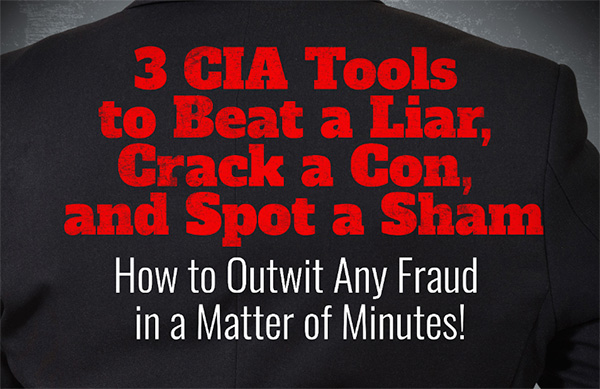